Ah, big T or small t?
To be answered, in time. Remember, we have no deadline to attempt tackling PTIME.
---
So, who is more believable? Big endowments or not so? 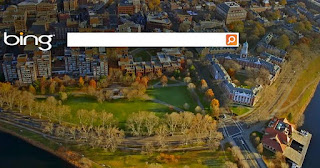 ---
This image is nice. And, it shows a nice place. Know where it is?
Well, it's in that northern region known for its crankiness and such. 'Pilgrim and Puritan'-ville. Many of the most loved, and cherished, ideals of the country came from that region. For instance, they never had plantation mindsets, though they did love their 'indentured' servants.
So, we're looking at a view of Cambridge, MA. In particular, it's the area around a particular institution, known as big H (in these circles).
---
Now, consider this image. Same place but overlaid with some comment. 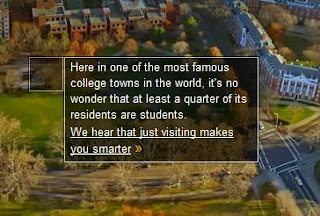 Ah, now is it being in proximity of the Institution or its members that causes the IQ to rise?
The blogger used to think that about the D.C. area which was full of public servants. Then, it became contractor-ville and lost its appeal. Yes, too many politicos now who are, in fact, enthralled by the buck (salivate at the sight of one).
---
We have already considered a major role for the educational institution. The quandary comes from the fact that large amounts of moolah warps everything and reduces the ability of 'truth' to emerge. Yes, indeed.
---
Aside: By the way, in terms of region, Harvard is in the one that people fled from, in all directions that they could. Hence, we have Rhode Island and Connecticut and New Hampshire. Poor old Maine tried to escape but could not get away from the clutches of that Mass-ass place (don't get me wrong, love the place) until way into the 19th century. Methinks that there is a lot that Harvard has yet to explain nor can it explain it away.
---
We asked before, yes. In particular, this one.
Remarks:
11/04/2011 -- One could probably talk institutional untruths, to boot.
Modified: 11/04/2011
Posted by AJSwtlk at 1:33 PM